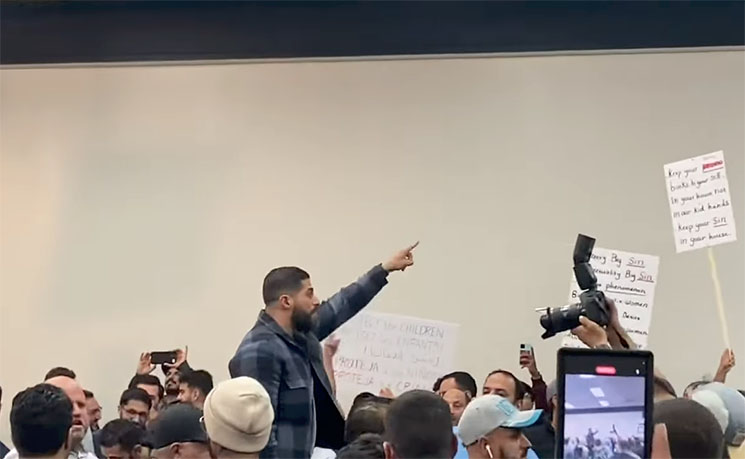 Hundreds of angry Muslim parents shut down a Dearborn, Michigan school board meeting on Monday, Oct. 10.

In video footage on YouTube, angry parents chanted “Put them out!”

The local news covered the meeting where parents objected to a stack of LGBTQ books in the school’s library.

The Detroit Free Press aired footage of the protests over one particular book titled, Gender Queer: A Memoir by Maia Kobabe.

The book is confusing for well-read adults to understand. The local news declined to air the book’s contents because of the sexually graphic content.

The book depicts sexual interactions between what appears to be a female-to-male trans and a heterosexual or bisexual male.

The book contains very explicit drawings that are better suited for an adult bookstore.

One kid complains that (he/she) can’t feel anything, and that the experience is not what he/she imagined. The teen is wearing a prosthetic.

Despite the guidelines against pornographic material in schools, this book is in the libraries of most public high schools in America.

The books are endorsed by the Democratic party. Parents who protested the LGBTQ books at previous school board meetings have been arrested.