“They know who the bullied students are. They are the ones the administration and board have ignored and disrespected.” 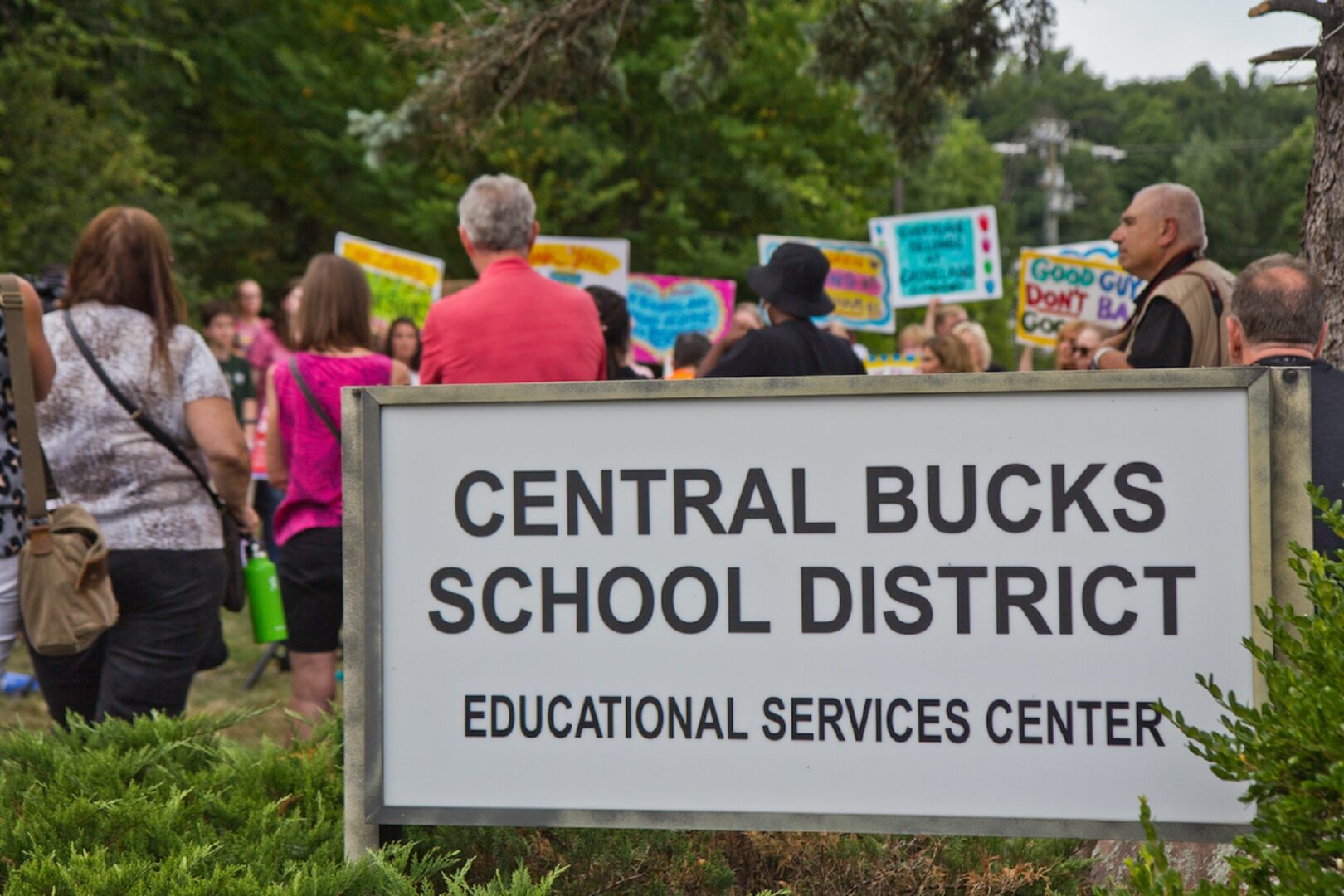 Parents, students and teachers rallied ahead of the Central Bucks School District’s vote to remove books perceived to have sexualized content from their libraries outside the district’s headquarters in Doylestown on July 26, 2022.

The Central Bucks School Board is calling on the ACLU of Pennsylvania to release an unredacted version of the federal complaint it filed against the district.

Speaking on behalf of the district at its board meeting, President Dana Hunter criticized the ACLU for the anonymity of the complaint, which includes seven stories about anti-LGBTQ harassment from students and their families, and accounts from district employees. She said the anonymous nature makes it “impossible” for the district to “intervene.”

Hunter asked for families and students to come to principals, teachers, or administrators to report their concerns over bullying.

“They know who the bullied students are. They are the ones the administration and board have ignored and disrespected,” said Vic Walczak, legal director of the ACLU of Pennsylvania. “The more the board members talk, the more they confirm their hostile and discriminatory views.”

Students, families, and district employees fear they will suffer backlash from the community and district leaders if their names are publicized, said Rich Ting, staff attorney for the ACLU of Pennsylvania. “Teachers and guidance counselors, they’re afraid because of a lot of things that they’ve seen happen which are outlined in the complaint.”

Tuesday’s board meeting was the first since the ACLU filed its complaint alleging the district has allowed years of severe bullying and harassment against LGBTQ students, and has made a series of decisions that together have created a “hostile learning environment” for LGBTQ students, especially transgender kids. 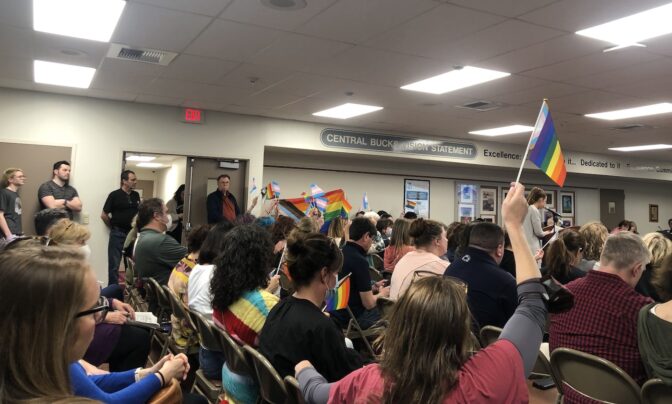 In May, 2022, Central Bucks parents raise pride flags in protest of the string of decisions made by administration and district leadership.

Outlined in the federal complaint: Last school year, middle school teacher Andrew Burgess was suspended after he helped a transgender student file a complaint about bullying to the U.S. Office of Civil Rights. Two guidance counselors were also punished in the spring after they spoke out against a district directive they believed to be discriminatory against gender non-conforming students.

The ACLU filed a federal complaint — rather than a lawsuit — to try to protect the students from retaliation because it keeps their names out of the public eye, according to Ting.

If any retaliation does occur against students, families, or employees, that’s grounds for a separate lawsuit from the ACLU, and they’re watching.

“We’re going to be monitoring that very carefully, because there’s an awful lot of people who are quite nervous,” Walczak said.

Hunter also criticized the ACLU for not sending an “official notice” of the complaint to the district.

According to Walczak, the ACLUA explained this process to school board solicitor Jeff Garton last Friday.

“Hunter pretending she doesn’t know how the process works is for show,” Walczak said. “I know for a fact what I told [Garton] was transmitted to the board.”